Who doesn’t love movies? We see a bunch of movies for kids. Kids’ multiple-choice movie trivia MCQ quiz is a good way of amusement. You are a genius to take this kid’s movie trivia.

Do you know these fun facts and interesting bits of information with kids’ multiple-choice movie MCQ trivia? Examine your knowledge of positioning in specific plots, characters, and trivia questions and answers in your children’s films.

We’ve included some handy kids’ movie trivia and some tough questions (with answers) for Disney, science, movies, history, and more. 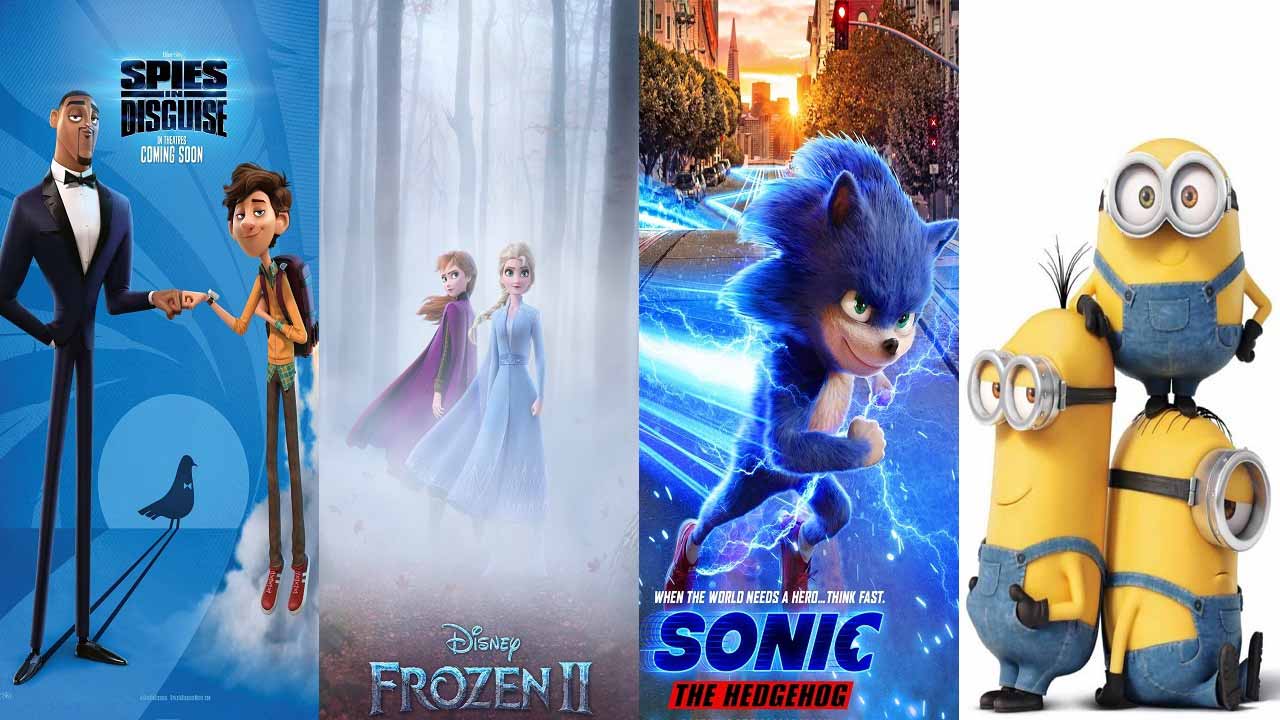 Take this kids movie trivia and learn more about kid’s movies? Find out appropriate answers on the kid’s movie MCQ trivia multiple choice. This free kids’ movie is perfect for a trivia family movie night. How much of this can you guess correctly?

Q&A for kids’ movie quiz questions. Disney, is designed for all ages, and is forever popular for kids and adults in the nation, test your knowledge with Disney trivia questions for all of this? Not only that, some children’s movies, especially our made quizzes, and find out if you can name all of these classic multiple-choice kids’ movies. Trivia questions are always fun, informative, and interesting for kids at Boy’s Movie Time!

When your kids are almost exhausted with sci-fi trivia, it’s time to think about your favorite scenes. Are you a movie buff? Do you simply recognize a film from a quote? Take the Trivia Quiz for this movie quote and find out how well you know your famous flicks!

Kids Trivia is a voice interactive game, in which questions are asked, and two possible answers. Please respond with the correct answer in the following MCQ free quiz tests.

1. Who is the villain in the movie Minions: The Rise of Gru?

2. What is the name of the cowgirl from The Toy Story?

3. What is the name of the sweetest, optimistic Queen of the Trolls in the film Trolls World Tour?

4. Kai is a naive, but high-spirited young Peregrine falcon who lives with his father Tendai in the film

5. A big blue head-shaped alien who is a villain who turns to be good at the end in the film

6. Daughter of chief Tui, embarks on a journey to return the heart of goddess Te Fitti from Maui, a demigod in the movie

7. In Medieval Scotland, Princess Merida of the clan Dunbroch is given a bow and arrow by her father, King Fergus, for her sixth birthday to the dismay of her mother, Queen Elinor in the film

8. Ted and Janice are parents of a 7-year-old self Tim Templeton in the movie

9. What are the small orange men in Charlie and the Chocolate Factory known as:

10. Pop, Funk, Classical, Techno, Country and Rock are the six tribes in the film

11. Who is Huckleberry Finn's father in the film The Adventures of Huck Finn?

12. What is not true for Leo, in the film Leo the Lion: King of the Jungle

13. Twenty years later who discovers Monkey City, a legendary ancient city filled with treasure belonging to King Louie the orangutan, who has his treasure guarded by Kaa the python?

14. Which film centers on an elderly widower named Carl Fredricksen and an earnest boy named Russell?

15. Shaggy and Scooby discover the special effects room of the castle, where they are discovered by Ms. Rumblebuns and knock over some chemicals, creating a fog in the film

16. The narrator becomes a pilot, and, one day, his plane crashes in the Sahara, far from civilization. He has 8 days of water supply and must fix his airplane to be saved in the film

17. Out of curiosity, Tink goes to visit the nearby human house followed by Vidia in the film

18. Who teams up with Tom to stop the pesky Jerry from ruining an important event for herself in the film Tom and Jerry?

19. Which of the following names is one of the main minion characters:

20. Which of the following songs features in The Lion King?

21. What is the name of Kristoff's reindeer in the film Frozen?

22. What of the following is not true for the main character Sonic in the film Sonic the Hedgehog?

23. Which of the following movies is about an orphan:

24. In a mysterious realm called Kumandra, a warrior searches for the last dragon in the world in the movie

25. Minions: The Rise of Gru is the spin-off/prequel to the film series

27. In which 2022 PG movie, Mei Lee is a 13-year-old girl who is torn between being her mother's obedient daughter and the chaos of her youth?

29. In the 2022 PG movie Tom and Jerry: Cowboy Up!, where are Tom and Jerry to help save a ranch from the hands of a greedy villain?

30. In which 2022 movie, Buzz embarks on an intergalactic adventure with a group of ambitious recruits and his robot companion? 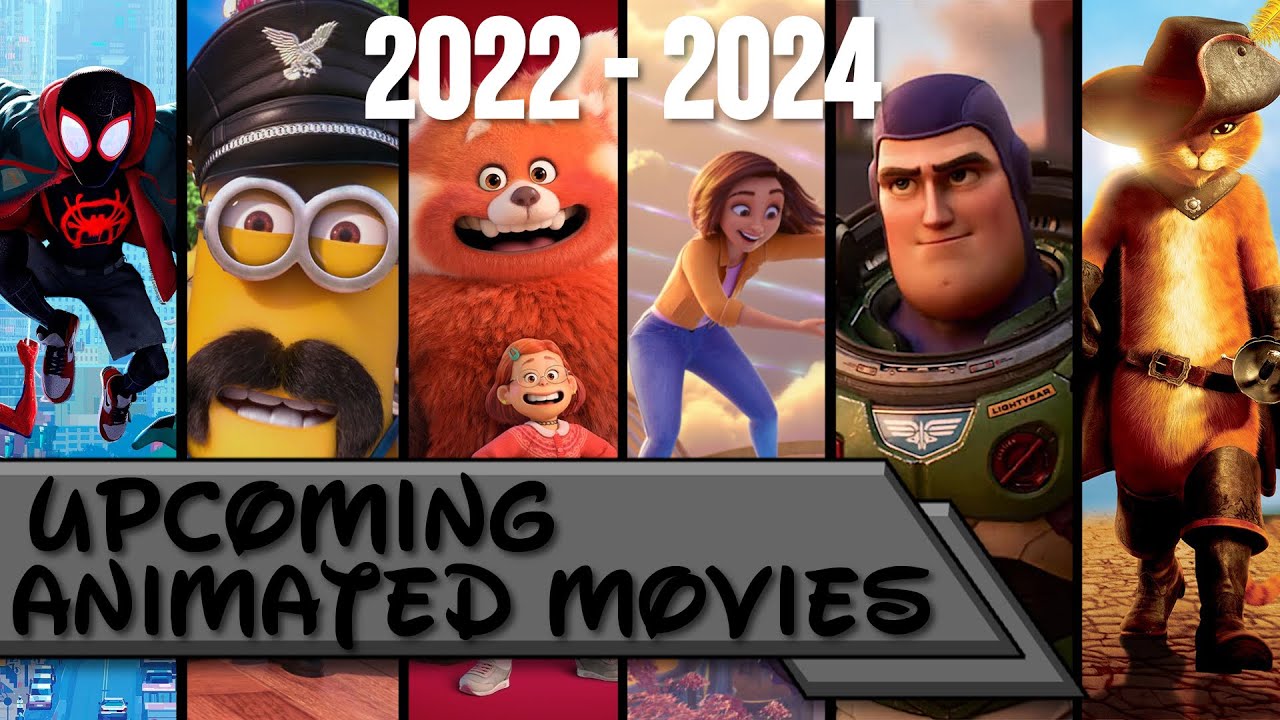 Are you ready to be known as the coolest mother on the planet? Because your kids will believe you’re the maestro of animated flicks when you share these incredible golden nuggets of animation information with them at the next family dinner.

If your children like Disney, Pixar, and Dreamworks films as much as mine do, you are definitely familiar with the ins and outs of some of their featured flicks. You’re undoubtedly familiar with the actors that play the roles, the singers who perform the featured songs, and even some of the fan theories that connect the storylines.

However, here are a few interesting things you probably didn’t know:

1. ABBA should have been the driving force behind The Lion King’s musical score. However, because they were unavailable, Disney turned to Elton John. 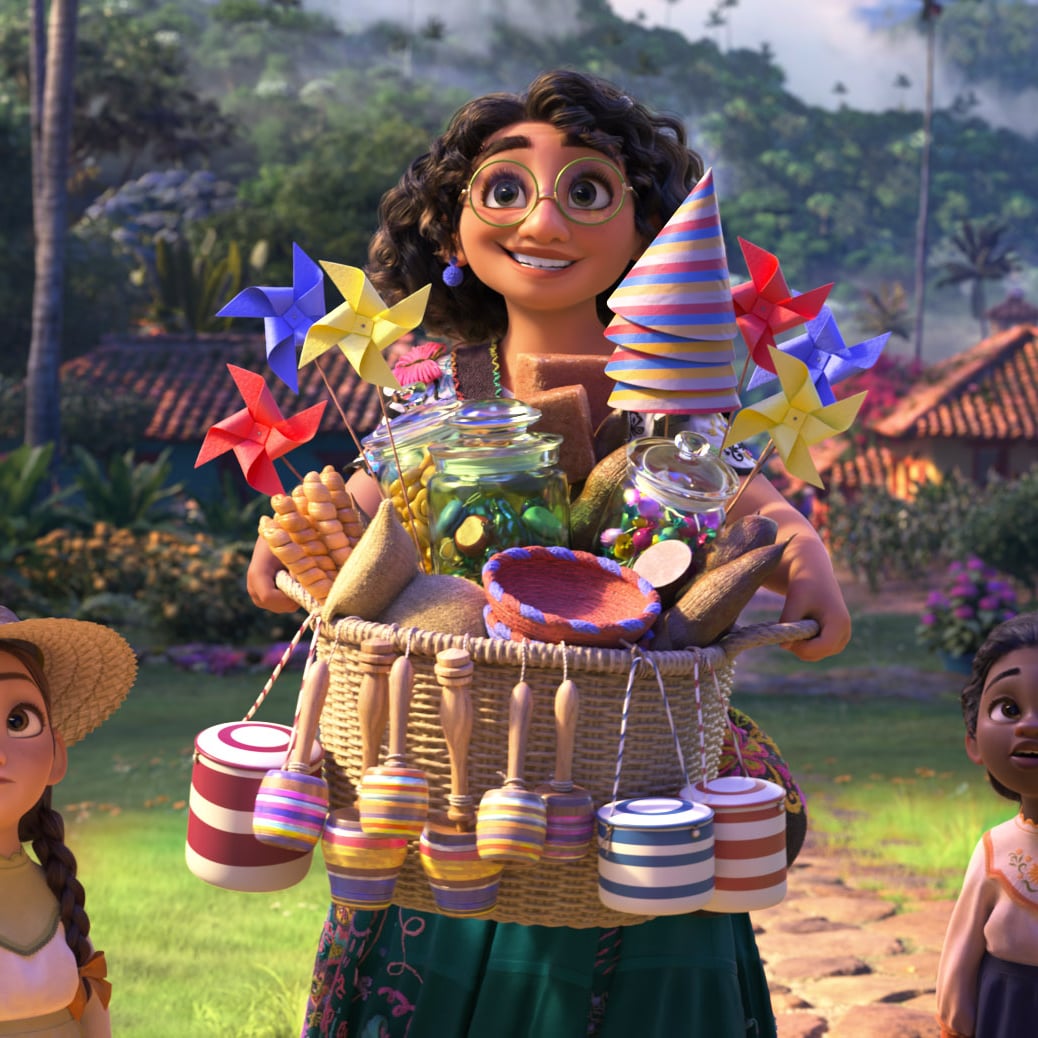 2. Woody from Toy Story was initially a dummy for a ventriloquist. However, the producers decided that ventriloquist dummies were disturbing (and deservedly so!) and that they should be replaced with a cowboy. Yeah, it’s certainly a smart idea, especially following the release of SAW in 2004.

3. Tarzan may or may not be Anna and Elsa’s brother, but Ariel is undoubtedly Hercules’ cousin.

4. Another idea is that Elsa and Anna’s parents did not perish at sea, but rather that their boat was shipwrecked and washed up on the beach (with a newborn baby boy aboard). Bring on the Tarzan narrative. While the concept that Tarzan, Elsa, and Anna are siblings is just a fan theory, Ariel is linked to Hercules through Greek mythology. Triton is Ariel’s father. Poseidon is Triton’s father. Zeus is Poseidon’s brother. Hercules’ father is Zeus. So, once removed, Ariel and Hercules are first cousins. 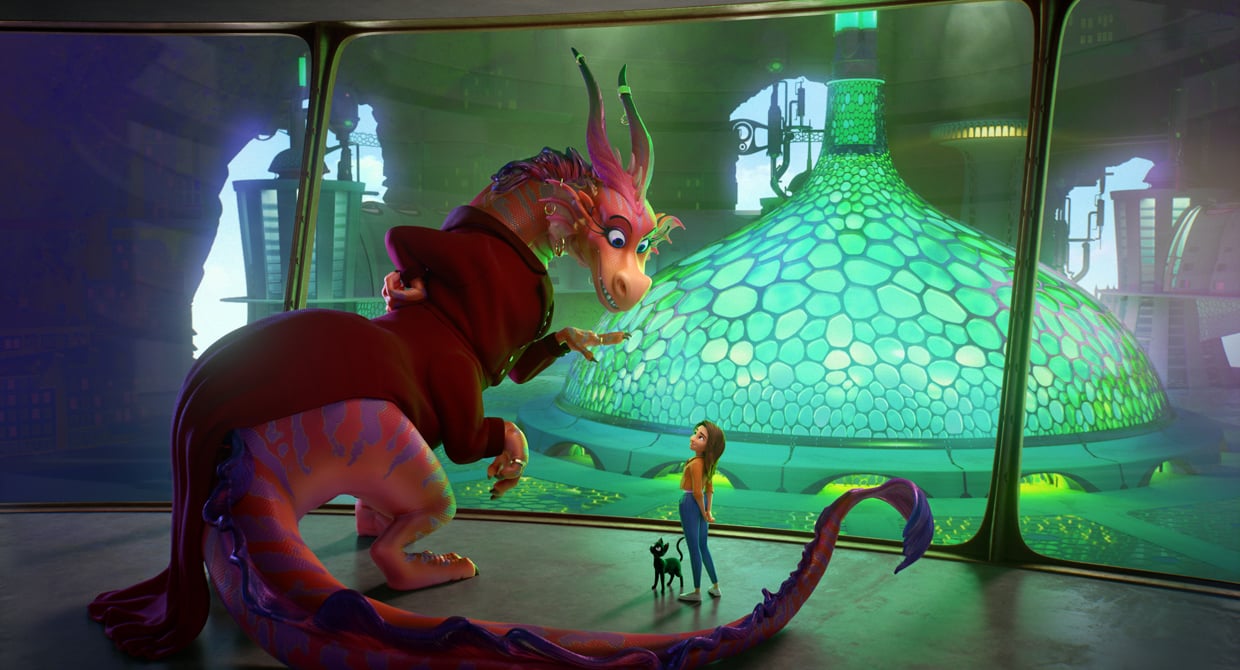 5. Rapunzel becomes entangled in the narrative of Frozen. You’ve undoubtedly heard that Anna and Elsa’s parents perished on the way to Rapunzel and Flynn’s wedding in Frozen. And it’s likely that you just disregarded it. Rapunzel and Flynn from Tangled, on the other hand, may be seen during the coronation sequence in Frozen.

7. The girl from The Ring is the voice of Lilo from Lilo and Stitch. Just in case you needed another reason to avoid watching Lilo & Stitch…

8. Tangled’s budget was a shambles. In addition, it is the most costly animated feature ever made. It took six years to make and cost $260 million to make. 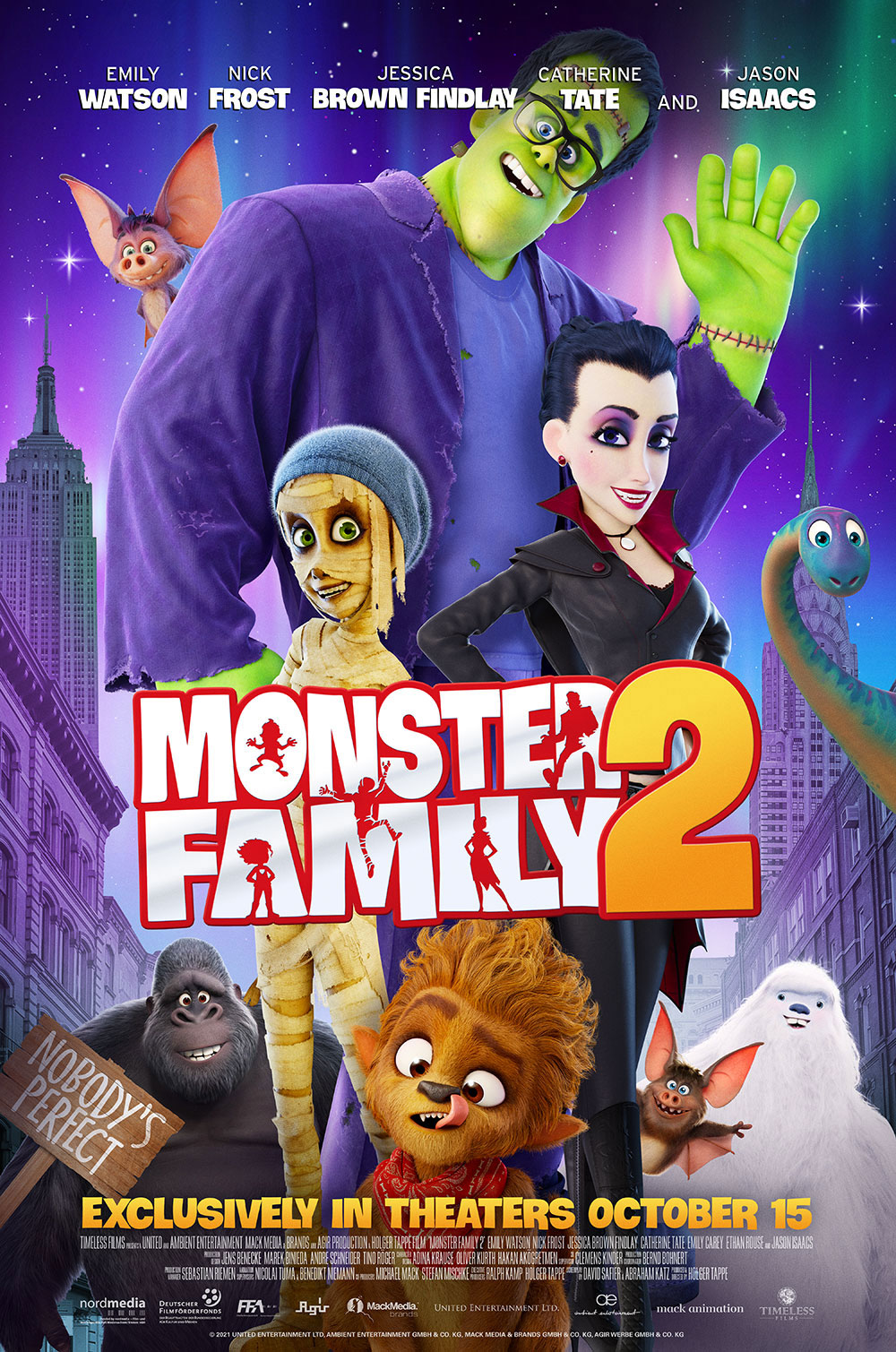 Monsters, Inc.’s Boo has an actual name. It’s Mary, too! Her name may be seen inscribed on her artwork.

10. Mr. Fredrickson’s home in UP was lifted using 20,622 balloons. It would take around 12 million balloons to hoist it in reality.

11. Disney is frequently sued. A hyena-loving scientist sued the people behind The Lion King for portraying hyenas as monsters. A New Jersey firm that manufactured the Lots of Hugs stuffed toy bear line sued the Toy Story 3 crew over the villainous Lots-O’Huggin’ Bear character. 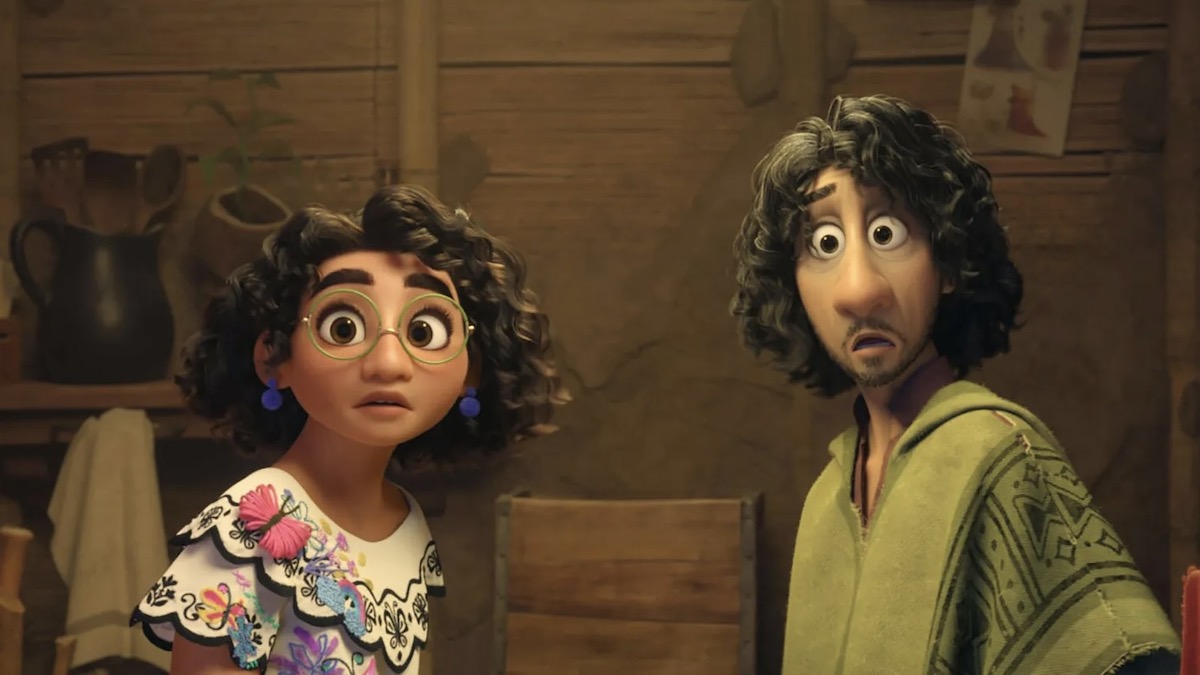 13. At the age of 21, Elsa is the oldest Disney princess. Snow White, at the age of 14, is the youngest. Jasmine is 15 years old, so it’s understandable that she doesn’t want to marry. Ariel, Merida, Aurora, and Mulan are all sixteen years old. Belle is 17 years old. Cinderella and Tiana are both 19, while Pocahontas, Anna, and Rapunzel are all 18 years old. Princess Fiona from Dreamworks’ Shrek, on the other hand, is reported to be 22 years old. And what about Shrek? He’s only 108 years old.

14. Minionese is a real dialect. It was written by the Despicable Me film’s filmmakers.

15. In addition, Minions have just three fingers. There are also five distinct hairstyles. 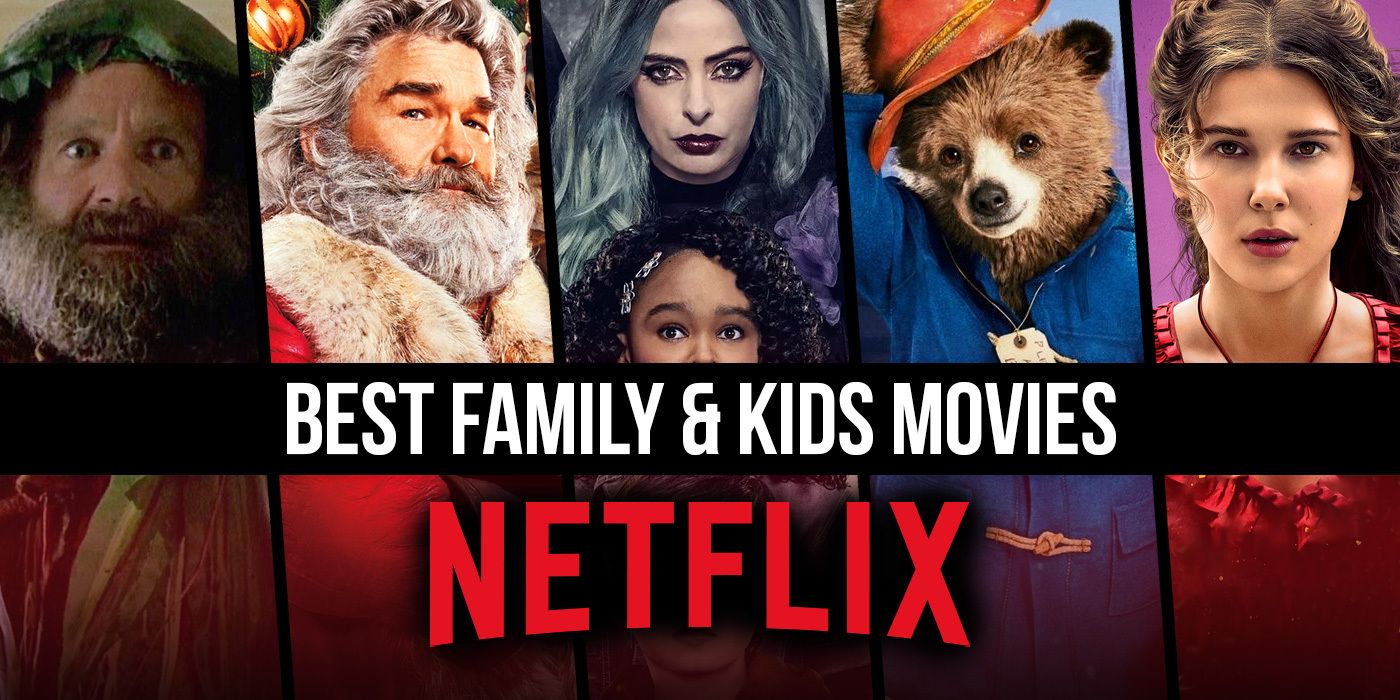 16. The Pixar developers are huge pizza fans. Except for The Incredibles, every Pixar picture has the Pizza Planet Truck.

17. Dory is well-liked by everybody. Dory has the most Facebook likes of any Pixar character, at 25 million. Nemo has a total of 22 million fans.

18. Inside Out might have had as many as 27 separate emotions. Joy, Sadness, Fear, Disgust, and Anger made the list, but feelings like Trust and Surprise were left out.

19. Kristen Bell plays Anna, the fast-talking princess from Frozen, as well as the slow-talking sloth from Zootopia. Kristen was selected for the role when she admitted that sloths were her favorite animal of all time, despite the fact that she only gets two lines in the film. Also, if you haven’t seen Zootopia with the kids yet, make sure to see the sloth scene. It’s probably the most amusing thing you’ll ever witness. 21. Beauty and the Beast’s Beast is a collection of creatures. If you look closely, you’ll notice that the Beast has a lion’s mane, a buffalo’s beard and head form, a wild boar’s tusks and nose bridge, a gorilla’s strongly-muscled forehead ridge, a wolf’s legs, and tail, and a bear’s huge and massive body. 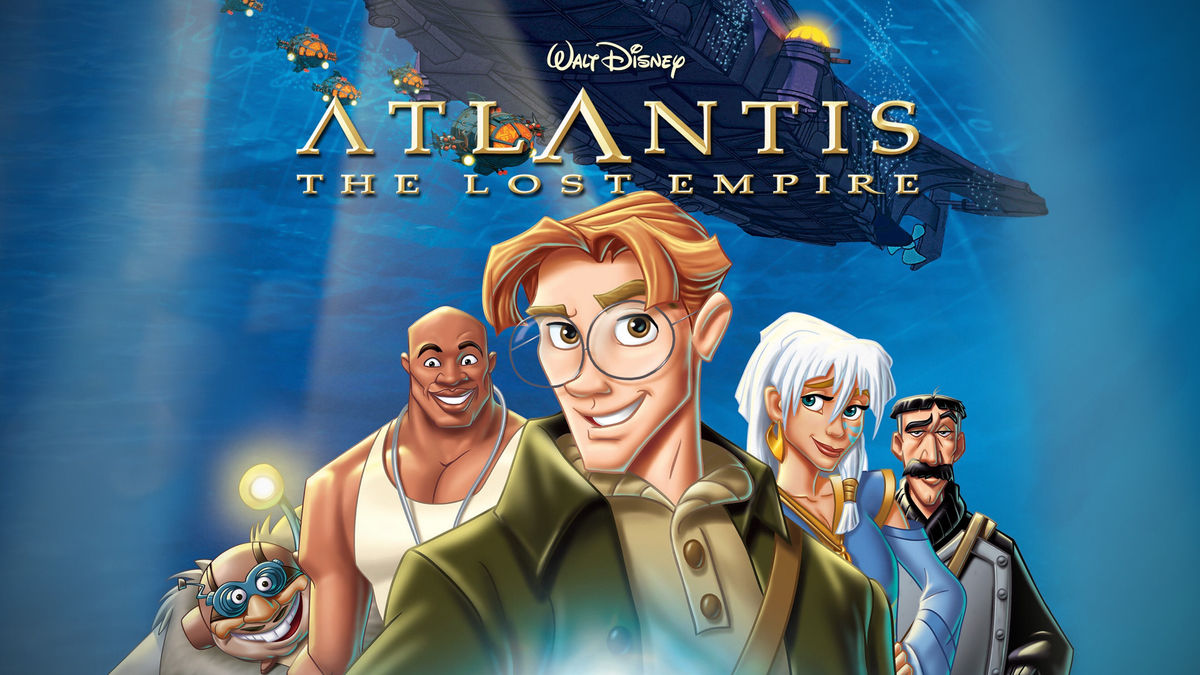